As a heavy user of Mac OSX screen zooming, i thought it was time to take a good look at what the Mountain Lion Beta offers in the shape of improved HiDPI support. I wondered if HiDPI could provide an answer to my vision issues.

HiDPI (High Dots Per Inch) is the Mac implimentation of the double resolution technology used on the iPhone 4 and shortly the iPad. However, as we dont have the super high resolution screens for our Macs yet, the net result is a doubling in the size of everything in the Mac UI. This means that for every 1 pixel at normal resolutions HiDPI uses four. Even though all the graphics have doubled in side most things stay pin sharp. (more on that later.) This massively aids readability and visibility for poeple like myself with poor image processing.

In past versions of OSX doubling the screen DPI broke the UI quite badly. I last tried HiDPI when Snow Leopard came out, and most things were visually broken. In the screen shot below of Coda the task bar is completey screwed. Still usable, but only just! 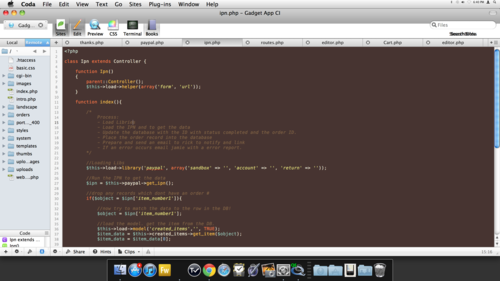 This is to be expected, HiDPI is not a released. Its hidden away in the developer tools for a reason. So last time i went back to my normal screen zooming technique. With the release of Lion and Mountain lion many site reported that HiDPI was more robust so i felt it was time to give it another go.

I have installed the Mountain Lion beta on my 11 MacBook Air. Its my personal machine and not used for work, so its a safe place to experiment. The inbuilt screen on the 11 MacBook Air is not compatible with HiDPI mode. Its too small, after the pixel doubling the resolution drops below the minuim resolution OSX requires. In order to use HiDPI i hooked the Air up to my work machine, a 27 iMac.

Even on the high resolution (2560 × 1440) 27 panel the workspace once HiDPI is enabled is only 1280 × 720. For context thats a little smaller than the resolution of the 13 MacBook Pro. However, its more than enough room for my day to day computing.

My little 11 MacBook Air is no powerhouse and running the large moniter at double resolution is a but much for it. Scrolling smoothly in safari is not possible. Scrolling in Chrome was smooth, however chrome was not being pixel doubled so the point it mute. Of course, the effect on battery life is not so important for this test. Im using the iMacs display so its easy enough to just plug the MacBook in. 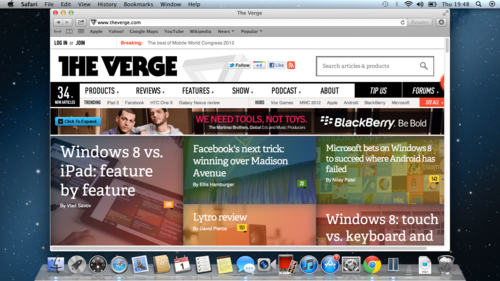 Overall i am very impressed with HiDPI. It really has lived up to my expectations. The only app i have noticed which dont support HiDPI is iTunes. Even then, iTunes still works, its toolbar is just a little pixelated. Another issues is web page graphics. Text which once appeared sharp is not blurry and sometimes unreadable. Luckily, this is mostly adverts.

With the few hours i have been using HiDPI it has won me over. I dont plan to continue using screen zooming on my MacBook when i am at home. Screen zooming web pages often makes them fuzzy and browser zooming often breaks pages. HiDPI does not have this problem. Text is rendered pin sharp and reading is much easier.