Lego is amazing stuff, i am fortunate enough to have quite a collection which i have been building since i was little. Recently i rather indulged myself (as a birthday / promotion present) with a 2500 piece monster model. 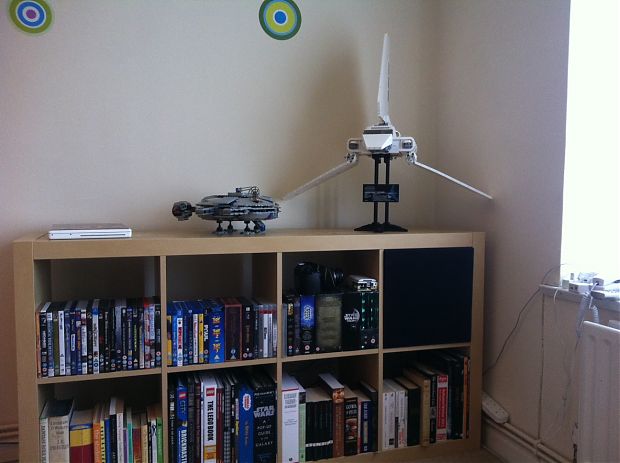 The Imperial shuttle took me about 13 hours to build and now sits on the lounge bookcase. It completely dwarfs my next biggest model a 1999 Millennium Falcon. It does not really serve much of a purpose, but it looks amazing and inspires a wow factor. I’m not normally one for decoration, but the shuttle is an exception.

A few days ago i attended dConstruct for the first time (Thanks to the BBC!). It was a long but enjoyable day. I generally prefer practical topics and found some of the talks a little far out to be that practical. However the talks were all interesting and thought provoking which is sometimes just what you need.

The cost of commuting.

When i moved to London i picked somewhere very close to the BBC so that i would not need a commute on the tube.

15 Months later and my confidence on the tube is much improved, so much so that the quality of life balence is starting to shift.

At first, for best quality of life, it made sense to pay the high price of living close to work and not needing to go on the tube. However, this is starting to look less clear cut. The cost saving and housing quailty improvment of moving futher out is starting to appeal.

My current “commute” is a 20-25 min walk. By changing that to about an hour on the the tube we get into something of a sweet spot regarding housing cost and time spent on a train. The train is not nice, however living in a small flat next to the tube trains also has its downsides.

Of course, the equation is very different for me once i take into account the autism related issues. If i get into work unable to talk, or worse unable to get home then the increase in housing quality is pretty meaningless.

I suppose, i wont know how this plays out unless i give it a go. Not something for now, but watch this space.

I was looking to upgrade my phone this year. My first iPhone was a 3G, and i upgraded it after about 2 years. With the new iPhone 5 announced it’s getting towards upgrade time again. My 3G went to my dad and he has expressed an interest in having the 4 from when im ready to part ways.

The iPhone 5 looks good, when you compare it to the iPhone 4 (two versions back) the performance improvement is around 4x. My iPhone is far from slow but it is not as quick as it use to be.

I’m not in a mad rush to upgrade, i’m going to see how the pricing works out with the phone networks providing fast LTE service. I would be more interested if it weren’t for the nano sim. The new sim format means i wont be able to easily switch my current o2 plan to the new handset. Perhaps if o2 bring out a nano sim i will be more interested.

Will see what happens, pre-orders go live tommorrow morning and i think i will pass for now. I will see what price it is on contract and off contract and figure out which works out best in the long run.